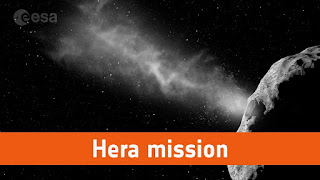 Small enough to be an aircraft carry-on, the Juventas spacecraft nevertheless has big mission goals. Once in orbit around its target body, Juventas will unfurl an antenna larger than itself, to perform the very first subsurface radar survey of an asteroid.

ESA�s proposed Hera mission for planetary defence will explore the twin Didymos asteroids, but it will not go there alone: it will also serve as mothership for Europe�s first two �CubeSats� to travel into deep space. 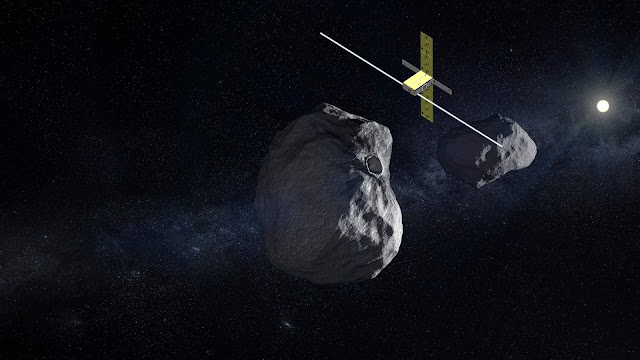 CubeSats are nanosatellite-class missions based on standardised 10-cm boxes, making maximum use of commercial off the shelf systems. Juventas will be a �6-unit� CubeSat, selected to fly aboard Hera along with the similarly-sized APEX Asteroid Prospection Explorer, built by a Swedish-Finnish-German-Czech consortium.

Juventas � the Roman name for the daughter of Hera � is being developed for ESA by the GomSpace company and GMV in Romania, together with consortia of additional partners developing the spacecraft instruments.

�We�re packing a lot of complexity into the mission,� notes GomSpace systems engineer Hannah Goldberg. �One of the biggest misconceptions about CubeSats is that they are simple, but we have all the same systems as a standard-sized spacecraft. 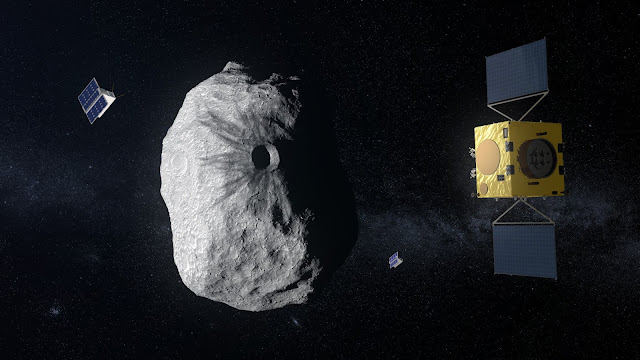 �Another reputation of CubeSats is that they don�t do that much, but we have multiple mission goals over the course of our month-long mission around the smaller Didymos asteroid. One of our CubeSat units is devoted to our low-frequency radar instrument, which will be a first in asteroid science.�

Juventas will deploy a metre and a half long radar antenna, which will unfurl like a tape measure, and was developed by Astronika in Poland. This instrument is based on the heritage of the CONSERT radar that flew on ESA�s Rosetta comet chaser, overseen by Alain Herique of the Institut de Plan�tologie et d’Astrophysique de Grenoble (IPAG).

The radar signals should reach one hundred metres down, giving insight into the asteroid�s internal structure. �Is it a rubble pile, or something more layered, or monolithic?� adds Hannah, who previously worked at asteroid mining company Planetary Resources before moving to GomSpace. 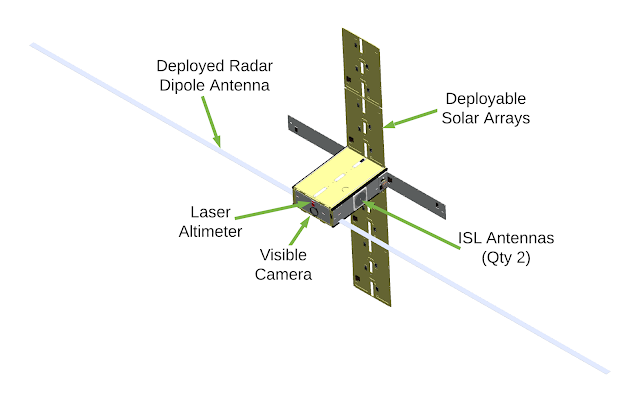 �This is the sort of information that is going to be essential for future mining missions, to estimate where the resources are, how mixed up they are, and how much effort will be required to extract them.�

ESA radar specialist Christopher Buck has worked on the instrument design with IPAG: �Our radar instrument�s size and power is much lower than those of previous missions, so what we�re doing is using a pseudo-random code sequence in the signals �  think of it a poor man�s alternative. Navigation satellites use a comparable technique, allowing receivers to make up for their very low power.

�We send a series of signals possessing constantly shifting signal phase, then we gradually build up a picture by correlating the reflections of these signals, employing their phase shifts as our guide. One reason we are able to do this is that we will be orbiting around the asteroid relatively slowly, on the order of a few centimetres per second, giving us longer integration times compared to orbits around Earth or other planets.� 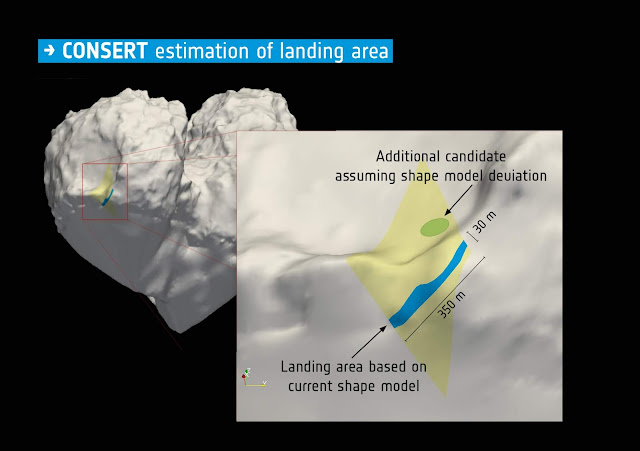 The technology proved itself with the Rosetta, where the CONSERT radar peered deep inside comet 67P/Churyumov�Gerasimenko and helped locate the Philae lander on the comet�s surface. Juventas uses a more compact �monostatic� version of the design.

As Juventas orbits, the CubeSat will also be gathering data on the asteroid�s gravity field using both a dedicated 3-axis �gravimeter� � first developed by the Royal Observatory of Belgium for Japan�s proposed Martian Moons eXploration mission � as well as its radio link back to Hera, measuring any Doppler shifting of communications signals caused by its proximity to the body.

�But the mission is being designed to operate with minimal contact with its mothership and the ground, operating autonomously for days at a time,� says Hannah.

�This is a big difference from Earth orbit, where communications are much simpler and more frequent. So we will fly in what is called a �self-stabilising terminator orbit� around the asteroid, perpendicular to the Sun, requiring minimal station-keeping manoeuvring.� 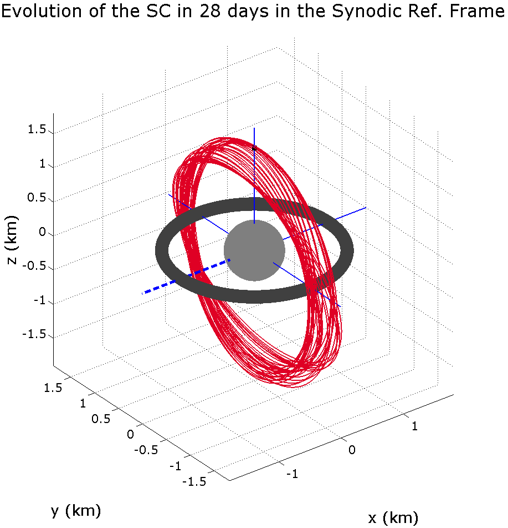 The final phase of the mission will come with a precisely-controlled attempt to land on the asteroid.

�We�ll have gyroscopes and accelerometers aboard, so we will capture the force of our impact, and any follow-on bouncing, to gain insight into the asteroid�s surface properties � although we don�t know how well Juventas will continue to operate once it finally touches down. If we are able to successfully operate after the impact, we will continue to take local gravity field measurements from the asteroid surface.�

The Hera mission, including its two CubeSats, will be presented to ESA�s Space19+ meeting this November, where Europe�s space ministers will take a final decision on flying the mission.

Solar activity, asteroids and artificial space debris all pose threats to our planet and our use of space.

ESA’s Space Safety activities aim to safeguard society and the critical satellites on which we depend, identifying and mitigating threats from space through projects such as the Flyeye telescopes, the Lagrange space weather mission and the Hera asteroid mission.

As asteroid experts meet for the international Planetary Defense Conference, ESA is focusing on the threat we face from space rocks. How likely is an asteroid impact? What is ESA doing to mitigate impact risks? Follow the hashtag #PlanetaryDefense to find out more.