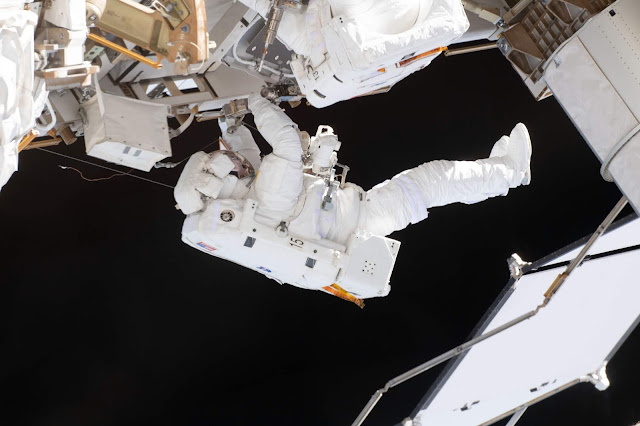 Image above: As human explorers venture to the Moon and Mars, what are the biological and physiological effects they must contend with? Nanoracks is hoping to give researchers a new tool to answer that question with a new centrifuge designed for suborbital rockets like Blue Origin�s New Shepard. Image Credit: NASA.

Elizabeth Kennick, president of Teachers in Space, does not take the opportunity to fly an experiment to space for granted. The nonprofit organization has worked with educators and engineers to design and test standard equipment for classroom-developed experiments, including 3D-printed frames, customizable processors, power adaptors and more. The equipment first flew on high-altitude balloons and more recently on a stratospheric glider. Now, thanks to support from NASA�s Flight Opportunities program, the equipment will fly higher than ever before: to space on the next launch of Blue Origin�s New Shepard rocket. 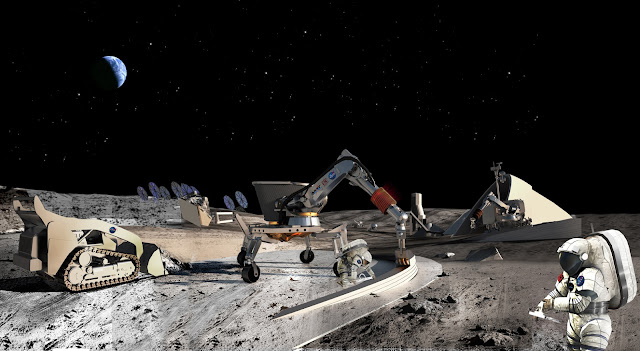 Image above: A sustainable human presence on the Moon will require manufacturing materials and structures on the surface. Space-based 3D printing capabilities will be key to this endeavor. On the next Blue Origin launch, researchers from the University of Kentucky will test 3D printing techniques that could be the first to produce metal components in space. Image Credit: NASA.

Nine NASA-supported payloads are expected to ride on New Shepard, targeting liftoff from Blue Origin�s West Texas launch site no earlier than May 2 at 9:30 a.m. EDT. Blue Origin�s live launch webcast will air on NASA Television and the agency�s website.

�It�s such a huge milestone,� said Kennick. �This opens the door to flying more experiments for more schools, and that means exposing more teachers and students to the promise of spaceflight.�

Image above: Teachers in Space will fly a standardized framework for classroom-developed space experiments on Blue Origin�s next flight. Comprised of 3D-printed CubeSat frames, a standard set of customizable processors and a fireproof cabinet housing, the equipment will provide a turnkey solution for housing student- and teacher-developed payloads on future flights to space. Image Credit: Teachers in Space.

That promise is bolstered by Flight Opportunities, which lets researchers test technologies in a relevant environment�particularly innovations that will help NASA return to the Moon and send crewed missions to Mars.

The payloads will experience the rigors of a rocket launch and the challenges of a zero-gravity environment. These conditions will give researchers valuable insights into how their technologies would hold up on exploration missions.

A 3D printing experiment from the University of Kentucky could further advance in space manufacturing�a critical capability for long-term stays on the lunar surface. While there are 3D printers on the International Space Station, the university�s experiment, if successful, would provide the capability to manufacture metal components in space. 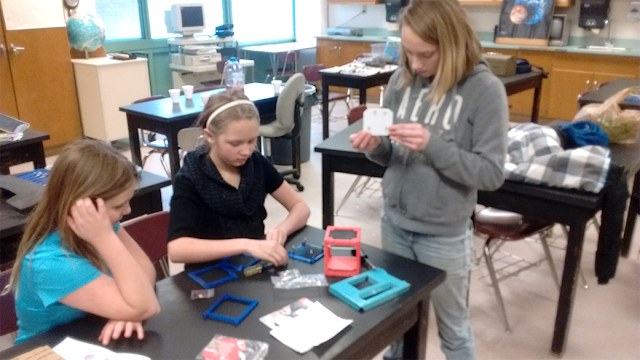 Image above: The nonprofit Teachers in Space aims to engage educators in spaceflight and inspire the next generation of space explorers along the way. Emily, Drucilla, and Jadalynn (left to right), students at New York�s Central Square Middle School, have developed a method of testing whether moss could survive a trip to the stratosphere, and flew it on a Perlan glider in El Calafate, Argentina. The equipment tested on Blue Origin�s upcoming flight will open the door to putting their moss experiment�and many others�in space. Here, the girls work on assembling a CubeSat frame, similar to one that will fly on New Shepard. Image Credits: Teachers in Space/Jim Kuhl.

Future explorers will need protection from potentially negative effects of deep space travel. With a new suborbital centrifuge from NanoRacks, researchers may be able to collect biological and physical data on suborbital rocket flights. A space-based centrifuge can simulate the gravity environment on the Moon or Mars. The capability could make it faster and cheaper to gather critical data.

Missions to the Moon and the Red Planet will also require advanced fuel gauging systems� giving accurate measurements of the amount of propellant onboard vehicles operating in deep space without the need for complex procedures. A propellant gauging experiment from Purdue University aims to do just that. 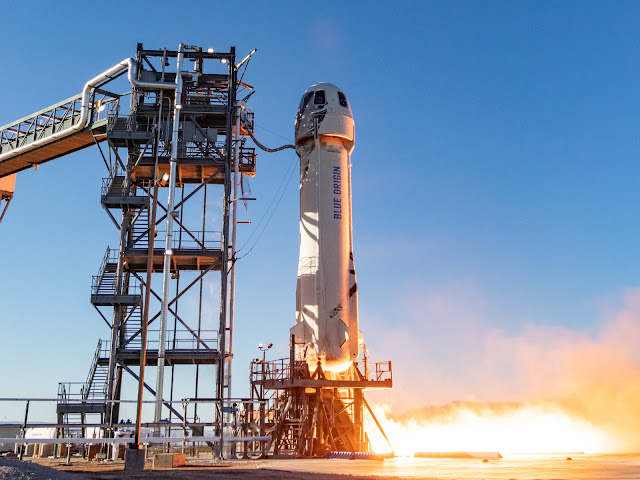 The other Flight Opportunities�supported payloads aboard this launch are:

Orbital Medicine, Inc., Richmond, Virginia
This medical device could assist in treating space-based emergencies, such as a collapsed lung. It would collect blood in microgravity, allow lungs to continuously inflate, and store blood for transfusion.

University of Central Florida, Orlando
This payload addresses the need for detailed understanding of the behavior of space dust, regolith and other particles on the surfaces of small bodies in space, to inform both robotic and human space exploration.

The Flight Opportunities program is funded by NASA�s Space Technology Mission Directorate at the agency�s Headquarters in Washington and managed at NASA’s Armstrong Flight Research Center in Edwards, California. NASA’s Ames Research Center in California’s Silicon Valley manages the solicitation and evaluation of technologies to be tested and demonstrated on commercial flight vehicles. 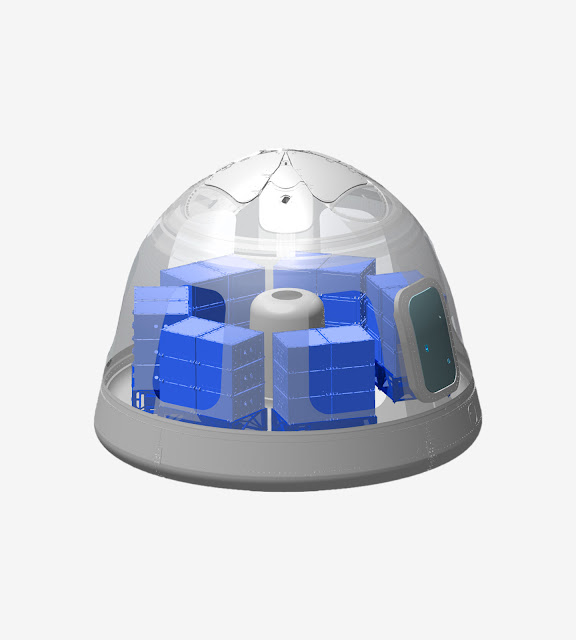 Image above: The Crew Capsule is designed to accommodate up to six payload stacks with as many as 36 individual Payload Lockers. Future flights will replace some of these stacks with seats to support human-tended payload flights, allowing researchers to conduct their own hands-on work in space. Image Credit: Blue Origin.